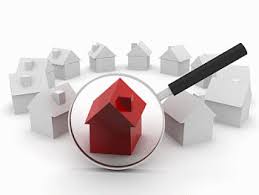 The lesson of Cabcharge and the invasion of unlicensed “people conveyances” into the market should sound a warning for the accommodation sector – technology makes it much easier to by-pass traditional channels and start competing in just about any sector without having to adhere to any of the normal regulatory conditions.

However, this is as much a community and public relations issue as it is a regulatory one. Cabcharge had enjoyed near-monopoly coverage of the taxi booking market and had done little to argue that the regulatory framework was responsible for a large slice of the costs. It was seen as “price gouging” rather than as an investment in their passengers’ comfort and safety.

The majority of passengers would understand the reasons why you pay more for a taxi if the industry had (better) explained the benefits of licensing, the need for accountability, the costs of insurance, car maintenance and, above all else, reliability.

The new services were given a free kick by most of the media, even by the usually business-friendly Australian Financial Review:

“Taxi operators are demanding new rules to prevent luxury hire cars from stealing their customers,” the AFR reported. “Uber is the smartphone app connecting those who are sick of smelly taxis driven by people who don’t know where they going. Chauffeurs open doors to a Holden Calais, a Chrysler 300, or a Mercedes-Benz. Uber customers never get driven in clapped-out Ford Falcons.”

Such opinionated – and generally incorrect – material went unchallenged, and there was little written on the fact that licensing is designed to protect the customer and ensure they receive the best and most reliable service.

Wouldn’t it have been better for the taxi industry to reply by asking a question about what happens if an unlicensed vehicle crashes due to negligence in the car’s maintenance and the paying passenger is injured – what happens then?

And that’s the whole point. People don’t know, and if it was explained that they were “on their own” and had no come-back or chance of recompense, then maybe they would think twice about hiring an unlicensed vehicle, irrespective of the price advantage.

The impact of these new unregulated services became such an issue that the taxi industry looked to governments to dig them out of a potential hole and recently they have managed to get some services banned, but for the general public it looked as if they were just trying to protect their patch rather than their passengers’ safety.

We, as an accommodation industry, face much the same situation. Airbnb has brought the situation to a head, but we all know the situation has been rife for years – well before the web and mobile apps made it much easier.

Our members are reporting that the situation is getting worse by the month, but unfortunately groups like Airbnb are usually only talked about as a welcome new addition to the accommodation sector rather than as opportunistic operators who want profit without any obligations.

I have done a number of media interviews recently on TV, radio and in print “putting the other side of the story”, but we need to argue our case more vociferously and via all media.

Importantly, we need to argue on facts, demonstrating that a fair share of a hotel bill is as a result of a commitment to standards, and an emphasis on ensuring reliability, safety and consistency. Licensing does add to the cost, but in most cases is designed with the customer in mind.

The Airbnb ‘revolution’ grew from a cottage industry to a major business almost overnight, and it is only recently that a number of cities in the USA have been actively trying to push the genie back into the bottle.

The fight-back began in New York where it has been declared illegal and they are now seeking law changes to permit them to operate. More recently, San Francisco (http://www.californiareport.org/archive) is trying to curtail Airbnb as are European destinations including Berlin and Paris.

The New York law centres around protecting the safety and security of full-time residents, protecting affordable housing and tax avoidance, rather than just the fact that they are undercutting the licensed hotel industry. There have been a number of successful prosecutions and while the regulations focus on individual property owners rather than the websites offering them, the New York Attorney General Eric Schneiderman further enforced the bill’s power by requesting that Airbnb disclose information on property owners who feature their residences for rent in the state of New York. This could effectively destroy their marketing model.

We shouldn’t let it get to that stage. Steve Old from the Tasmanian TAA says that “Illegal letting (so to speak) is massive issue in Tasmania, especially regional areas. We have just written to the new Minister for Planning and Local Government asking for his views. There are also issues with APRA and Austar/Foxtel obligations, because I’m sure that many are offering it publicly to paying guests.”

And Steve and his team are fighting back. Last weekend they had the issue raised prominently in the Hobart Mercury – http://www.themercury.com.au/lifestyle/dodgy-rooms-a-hazard-for-tourists-and-states-reputation-and-brand/story – and that led to radio interviews and now follow-up with Government.

Yes, we need to work closely with Government on this, but Governments tend to listen a lot more closely when the issue is debated in public. We need to develop a strong argument highlighting all the potential ramifications of staying in unlicensed premises, while also are minding travellers of the benefits that come with staying in licensed hotels.