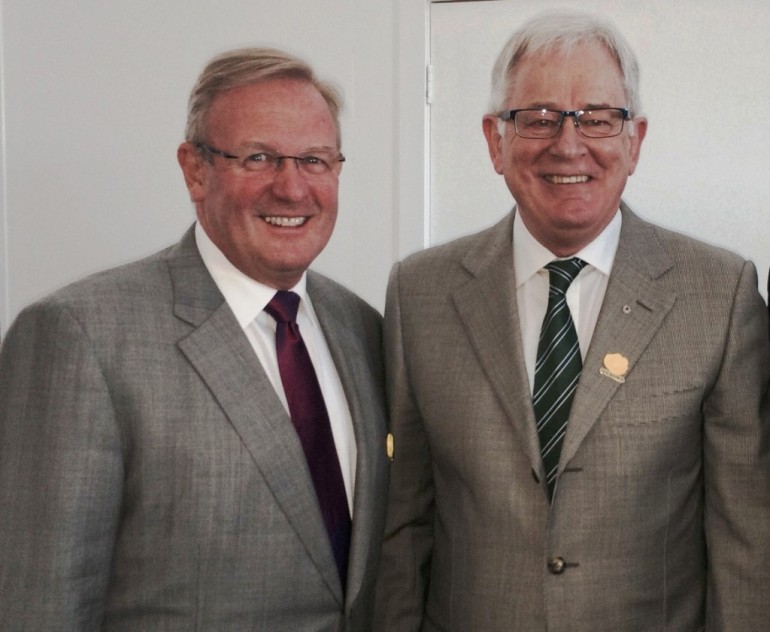 TAA was privileged to be able to host Trade, Investment & Tourism Minister, Andrew Robb, at lunch last week for a frank and open discussion about the state of the accommodation sector and how best to maximise performance and investment in the industry.

There were many positive messages that came out of the session, all of which were very encouraging for the hoteliers who attended.

The proposed billion dollar-plus Gold Coast resort development was in part seeded during a meeting he held with potential Chinese investors. The fact that so many Chinese investors were able to talk positively about the investment climate in Australia encouraged others to follow suit, and now Australia can look towards the strongest investment hotel pipeline in over two decades.

He stressed that there was a need for the industry to offer high quality product in Australia, using the analogy that BMW successfully introduced itself to the market as a premium product, but is now present across the most of the market spectrum. He suggested Australia could benefit from an increase in 5-star hotels over the next five years, and while some of the hoteliers suggested Australia would be better suited to more 4-star hotels, the Minister said that once an investor established a signature 5-star product, they could then look to developing hotels in other market segments.

The Minister was very positive on the potential of Asia, particularly India and China. He said that Australia should aim to become “the first-choice long-haul destination not just for China but for all of Asia”, and the key to that was providing a memorable holiday experience.

He was pleased at the conscious decision to target more upscale Chinese travellers. This was the way to increase Australia’s slice of the market, which is scheduled to grow from 100 million outbound trips to 200 million in the next five years.

The Minister said the Government was listening to the industry and was addressing issues such as workplace relations and improving 457 visa requirements to assist hotel operators to attract suitably qualified staff, especially in remote and regional locations, where demand for staff often outweighed supply.

Minister Robb also called for a major change in attitude towards hospitality as a career, with training as a key driver of attitudinal change: “We need Australians to see tourism not just as a job, but as a career.”

He highlighted the service levels that he had experienced in countries like India, where working in hotels was seen as a very desirable career, and while the cost of staffing in Australia makes it hard to compete with levels of service in various countries in Asia, enhancement in skills training would provide long-term benefits to Australian tourism.

Tourism Accommodation Australia has worked closely with the Minister and his team since he was appointment the Minister responsible for Tourism. We were able to highlight that for every additional $1 million invested in overseas tourism marketing, $13 million of economic activity was generated in the Australian economy. The result was that Tourism Australia’s budget was largely preserved.

We are being listened to in terms of industrial relations, and the Minister acknowledged the difficulties caused by excessive penalty payments, but it is up to hoteliers to highlight their issues with their local MPs – from all sides of the political spectrum – and mount a case for positive reform.

Tourism has never been represented by such a senior minister in Australia, and while there are still some who quibble that his title doesn’t explicitly include “Tourism”, his commitment to the industry is both fulsome and tireless. He is a great ambassador and effective advocate for the industry.