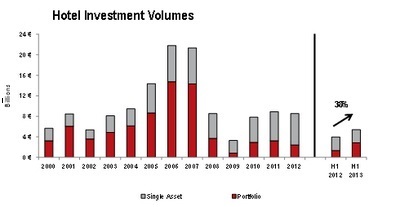 Australia is on the verge of its largest hotel expansion phase for two decades, with record amounts of foreign investment involved in the development of new hotels and the purchase of existing stock.

One of the key reasons for the confidence in the Australian hospitality and tourism sector is that investors have access to reliable, professional and, most importantly, independent statistics about occupancy levels in cities, resort destinations and regional centres.

These have been provided by the Australian Bureau of Statistics (ABS) via the Tourist Accommodation Survey. It used to be quarterly, then became annual and – earlier this month – was threatened with cessation altogether, when ABS cancelled the survey due to budgetary constraints.

TAA saw this as a major issue and we made strong representations to all levels of Government on behalf of the industry.

Fortunately, Trade and Tourism Minister Andrew Robb listened and appreciated our concerns about the impact that this could have on future hotel and tourism related investment decisions, especially foreign investment, and agreed to funding for another year – but that only provides a temporary reprieve.

He has instructed Austrade to look at future funding models for the Survey, which is encouraging, though the Survey doesn’t actually benefit hotels themselves. They provide the information so that the Survey can produce accurate results, which financiers and investors use to decide whether and/or where they will invest in future developments.

The ultimate benefactor is the Australian economy, with the investments generating both revenue and jobs across the country. As such, we believe that the Government should continue to fund the Survey as this also ensures that its reliability and impartiality is unquestioned. That – as fund managers have continually stressed to us – is essential in the due diligence process for many investment decisions.

Unfortunately, Australia has experienced a number of ‘difficult’ hotel investment eras when Australian and international investors made questionable decisions that led to a serious lack of confidence in the hotel property sector. It’s taken 20 years for that confidence to return and it is very encouraging to see Governments and the private sector working collaboratively to provide the right groundwork for increased hotel development. We want that to continue.

Minister Robb is currently overseas talking to investors about Australia. We believe that by highlighting the Government’s commitment to producing high level research data that his message that “Australia is open for business” will resonate even more strongly.

One of the reasons for the Government’s change of decision was the amount of media generated on the issue when the ABS announced they were scrapping the Survey. Many of our members elevated the issue in their local media because while on the surface the Survey may not have seemed so significant, it does in fact play a major role in supporting the industry.

TAA has been working assiduously to have the accommodation industry better understood and recognised within Government, and it is encouraging that the tourism and hospitality sector has been identified as one of five ‘growth industries’ identified. The temporary reprieve for the ABS Survey highlights that we are being heard, but it will require continued pressure by all members on their Government representatives to ensure that resources that the Survey are not only retained but enhanced.