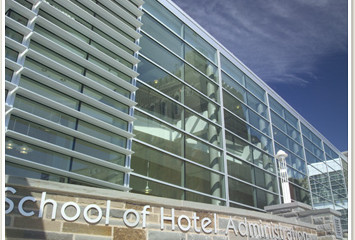 The first new Cornell Executive Development programme in Australia for over 25 years proved such a success that the majority of the ‘class of 2014’ have already booked into the newly-announced 2015 programme.

Tourism Accommodation Australia decided to sponsor the return of the Cornell University School of Hotel Administration to Australia because of the benefits that we believe can be derived from introducing fresh ideas and perspectives to the current and future leaders in our industry.

Our industry has certainly benefited from a massive increase in professional training since Cornell first came to Australia in 1988. People like Bill Galvin, the CEO of Tourism Training Australia (and our partner in the Cornell programme), have been responsible for elevating training across the sector, and particularly in the entry level and middle-manager areas, but we wanted to address the issue of ‘what happens to hospitality staff when they become senior managers? How do they keep developing?’

We wanted to encourage them to ask questions that went beyond the day to day operation of their hotel. What were the new trends, the new ideas, the new solutions?

Australia is very competent in hotel operation, but there are new trends emerging overseas at a rapid pace. This is why TAA sponsored the visit of CitizenM co-founder, Michael Levie, to Australia recently to talk at both Ted’s Conference and the Luxury Hotels World event. He inspired many attendees with his new and very innovative approach to hotel operation and management.

That is our aim with sponsorship of the Cornell programme – to stimulate original thinking.

Michael Levie has introduced concepts in technology that have revolutionised everything from customer service and recruitment through to reservations and financial management, and in doing so has built up brand presence and loyalty that would be the envy of most long-established hotel groups.

It comes down to people, which often sounds like a cliché, but when Michael talked about it, it was more of an essential philosophy for the brand to live and thrive by. He is bringing new ideas to an industry that – some would argue – has often been slow in adopting practices to meet the needs of the new market environment.

This is the message that came out of the 2014 Cornell Executive Development Programme, and is why the 2015 programme has been skewed very much to addressing new directions in marketing and their impact on hotel operations, as well as evolving media in hospitality management.

Speaking to Bill Galvin, he said that the ‘Class of 2014’ were considerably younger and more bottom-line focused than their counterparts of 25 years ago, and that the Cornell facilitators were very impressed with the ‘street-smart’ nature of the participants in the Australian programme.

Back in the late 1980s when Cornell was last in Australia there was little internet, almost no mobile technology and Trip Advisor came down to comments being left on ‘Tell Us About Your Stay’ forms left on the pillow.

In those days, Australians weren’t flying off for weekends in Asia, in fact a Sydney-Melbourne journey was still a relatively rare phenomenon, unless you were travelling for business.

Today, understanding the motivations for travel, the trigger points, the distribution channels and media platforms needed to capture travellers is far more complicated. There is a burgeoning market for travel, but being able to tap into it successfully can be the difference between winning and losing a hotel management contract.

In recent years, the power of ‘experiential’ travel has been one of the biggest trends. Travellers don’t necessarily want to just be a spectator they want to participate in a marathon, an art class, a cooking session or even a Tough Mudder event,

Hotels just can’t sit back and hope that business comes to them. They have to be part of the project, working with State and regional tourism organisations to drive the business to their destination. A hotel can’t afford to work on the basis of four strong mid-week days, they need seven high-performing days to maximise profitability for their owners.

What Cornell will do in 2015 is to look at these trends – what is happening overseas and what can be adapted to Australian conditions. Marketing is now an essential function of operations and managers need to know exactly how marketing forces can best drive their business, what new distribution channels will impact occupancy and rate, and what are the threats and opportunities to their business.

There is little room for the ‘mein host’style of management any more, with owners and hotel chains expecting considerably more from their senior managers than they did 25 years ago.

I attended a number of sessions of the Cornell programme this year and was really impressed with the range of delegates – from around Asia Pacific, and from both major organisations and smaller hotel groups. Everyone accepted that they had plenty to learn, and while there won’t be much room left after the Class of 2014 takes up the 2015 berths, I would urge all hotel managers to book soon for the 2015 programme because you will walk away energised and inspired.

Details of the 2015 Executive Development Programme are:

All participants will receive a globally recognised Cornell School of Hotel Administration Certificate of Attendance.